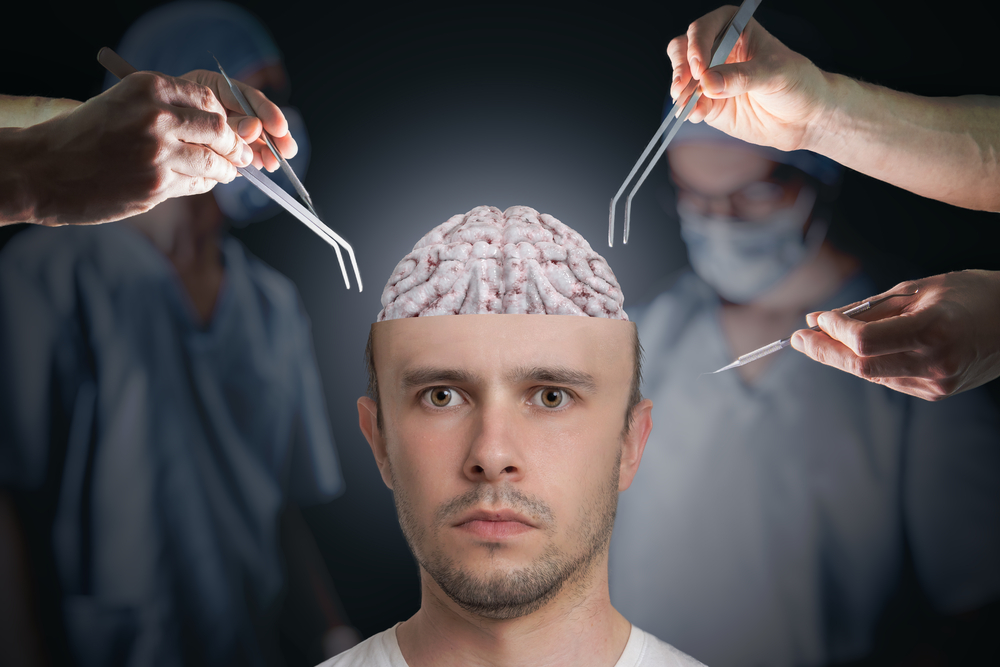 It may shock some, but the first neurological surgeries were performed at least semi-awake. As we discussed in prior blogs, Mesoamerican trephinations likely only used coca and wild tobacco. Maize beer may have limited pain.

But even more, recent procedures, as modern neurosurgical techniques emerged in the late 1800s, weren’t all too different. Nitrous oxide and chloroform use in the 1880s allowed bolder surgical operations than ever before, but it was noted that chloroform in particular caused brain swelling, so surgeons significantly lowered its dosage after the skull had been opened. These medications also lowered blood pressure, leading to many patient deaths. An early neurosurgeon wrote that anesthesia should be, “as light as is consistent with quietness of the patient”. What we now realize is that high anesthetic concentrations suppressed the breathing of patients (head/ neck patients underwent tracheostomy but mechanical ventilation like we know today didn’t arise until the 1900s), so keeping patients awake was crucial to their unrestricted breathing and safe execution of the procedure.

Sir Victor Horsley, a founding neurosurgeon, repeatedly anesthetized himself in order to become familiar with the different agents he planned to use in his operations. He too noted the complications with an anesthetized patient so he adopted an extremely rapid but dexterous operating style that was often confused with reckless abandon by his peers. It was Horsley who noted premedication with morphine could limit anesthesia and allow minimal chloroform dosage and brain swelling with patients semi-conscious.

Harvey Cushing, the father of modern neurosurgery, was intrigued by operating on patients under local anesthetic only. In 1908, he and another surgeon removed a brain tumor without any anesthesia. The patient had a few initial procedures with complications from medications. For the 4th surgery, he was premedicated with just morphine and atropine for a 3-hour surgery.
“The patient… was perfectly conscious and experienced no impressions whatsoever… The extensive manipulations of the brain were absolutely without disturbing effect…”
Cushing was impressed by the patient, “being interested, asking frequent questions, and being engaged in conversation most of the time”. This led to limited anesthetic use for the remainder of his career in elective surgery.

In 1914, other neurosurgeons reverted back to using local anesthesia for most elective craniotomies.

As positive pressure ventilation and improved anesthetics arose in the mid-1900s, asleep brain and spine procedures became the dominant surgical technique in the 20th century. This allowed patients to be very comfortable and procedures usually proceeded safely. And honestly, it was relieving for both surgeon and anesthesiologist to feel in more control of their patient with them asleep.

However more recently, outcome measures following surgery are suggesting troubling findings. We now aren’t just satisfied that the brain tumor was fully removed, or the spine surgery resolved pain. We are globally assessing quality of life and return to full function after any surgery. Unfortunately, research is showing that anesthesia can have lasting, somewhat hidden, implications on patients. This was first identified in older patients who seemed to be “just a bit off” after surgery. Those 65 years and older have been found to have an estimated 65% chance of acute delirium and 10% develop long-term cognitive decline after surgery using anesthesia. Postoperative decline is associated with a worse quality of life and loss of function. However similar findings are being observed in otherwise normal adults and children. No single anesthetic or group of anesthetics can prevent negative neurocognitive outcomes.

As such, awake neurosurgery is making a comeback. Awake craniotomies are routinely used at most advanced hospitals in the US. Primarily to allow mapping of the brain, tumors or other lesions can be removed with patients receiving minimal pain medications.

Yet at RMBSI, our surgeon even uses minimally invasive approaches, like small eyebrow incisions for supraorbital craniotomies, in appropriate awake patients.

Most recently, we are introducing awake anesthesia to spine surgery. The first of its kind in Denver (although well supported and practiced throughout the US and even in Colorado), we can use epidural blocks during a spinal decompression or intradural spinal blocks during fusion to allow the patient to virtually experience no pain but be awake. This allows us not only to limit the risks to our patients’ brains but allow us to follow their motor function as we manipulate their nerves.

Awake neurosurgery is not for every patient, and it surely has its limitations. However, in select cases, it may allow the most minimally invasive and lowest operative risks.