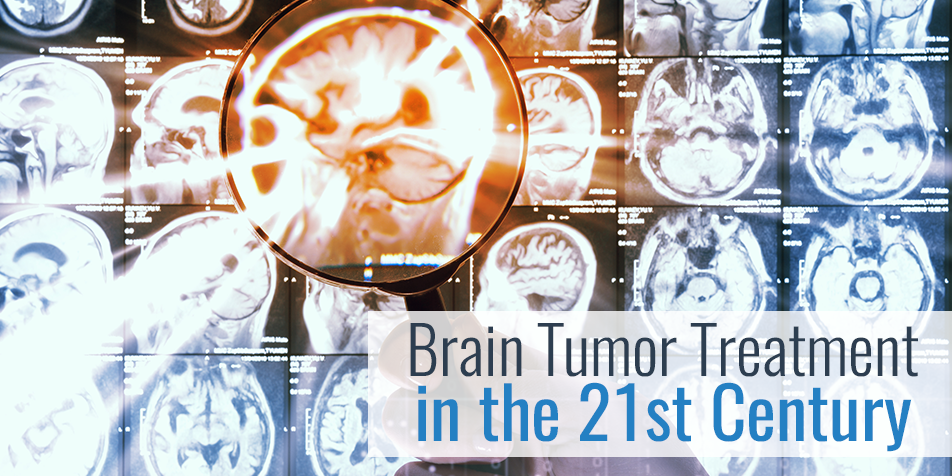 Malignant brain tumors are an incurable disease. However, over the last decade, advances in the treatment of glioblastoma multiforme (GBM) have led to tailored treatments and increased survival.

The initial therapy for GBM is surgery. Numerous studies have indicated that maximal initial surgical resection improves survival. Due to advancements in brain mapping, minimally invasive approaches and awake surgical technique, most tumors are at least partially resected in experienced hands. It’s rarer that biopsy alone is pursued. Following surgery, most GBM patients proceed with standard chemotherapy and radiation. Since 2005, there has been a chemotherapy agent, temozolomide, given in fairly standard protocol. It is typically a well-tolerated pill given five straight days every four weeks usually for six cycles. With the advent of temozolomide alone, two-year survival has nearly tripled. In patients with a certain genetic alteration, the two-year survival is almost fivefold. Concurrently, well-protocolized radiation is given five days a week. The simple problem with current treatment is that while surgery removes the bulk of the tumor, the chemotherapy and radiation wipe out only the weakest remaining brain tumor cells. The stronger and smarter remaining brain tumor cells mutate to resist the treatment leading to tumor recurrence. Newer medicines, devices and immunotherapy research is directed towards tumor recurrence. In the United States, at least for now, the following research is primarily for patients who have tried surgery, chemotherapy, and radiation and are now suffering a recurrence. These newer trials are not standard for initial treatment of the tumors.

Is There a Way to “Boost” the Standard Protocol?

Any tumor starts when cells start dividing at an uncontrolled rate. Our body normally allows cells to divide and replace one another. However, the rate of division is genetically controlled. Therefore, the mainstay of future treatment has been to create a therapy that can interfere with this rogue genetic cascade and hopefully stop the tumor’s ability to mutate. Numerous additional chemotherapy agents or treatment modalities have been explored. No one drug has been found; however, an agent called Avastin has been the most promising. A recently FDA approved device is also gaining attention. Battery powered electrodes can be placed on the patients’ head and deliver a high-frequency alternating electric field. This supposedly affects the genetics of the tumor cells. The problem with developing new medicines or devices is that it’s becoming clearer that even within the same tumor, different cells have different genetics and mutations. Therefore, a successful treatment strategy must be able to target millions of different genetic alterations in the same tumor. 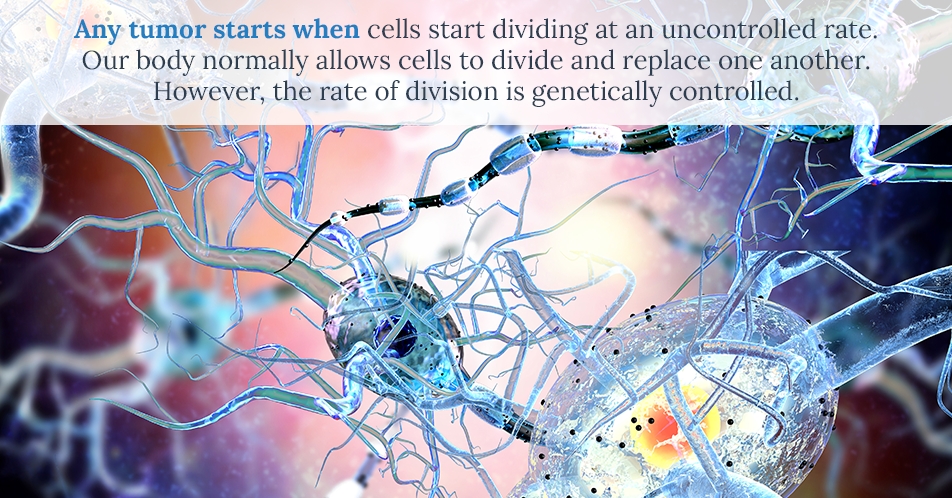 A historical finding is that patients experiencing an infection following surgery survived longer. It turns out this wasn’t a coincidence. Our immune system is capable of attacking our cells and, more specifically, tumor cells. The problem is figuring out how to make our immune system just attack the specific tumor cells and not our normal cells.

Cancer vaccines are designed to elicit an immune response against tumor cells by targeting a specific marker from the tumor cells. It turns out only brain tumor cells already have such markers. Of course, the problem is that with many of these markers, only a fraction of the individual cells have each marker. If we used a vaccine to attack multiple different markers, we could trigger a catastrophic autoimmune response.

Even without infusing vaccines to target natural tumor markers or instilling a virus to instigate an immune response, our body’s immune system naturally senses something abnormal about tumor cells. Additionally, our immune system normally controls itself at natural checkpoints. Newer research works by blocking some of these checkpoints which unleash an enhanced natural immune response. These are called checkpoint inhibitors. Of course, this type of therapy is less specific to brain tumor cells and therefore risks causing an uncontrolled autoimmune response.

Another similar concept is to remove immune cells from a patient and genetically modify them to enhance targeting of tumor cells.

Probably the best option moving forward will be to combine different immunotherapies. However, despite extensive active research, no immunotherapy is FDA approved.

Questions about brain tumor treatment? Give us a call at Rocky Mountain Brain & Spine Institute to learn more.