Can Our Brains Grow? Does Mark Twain Know? 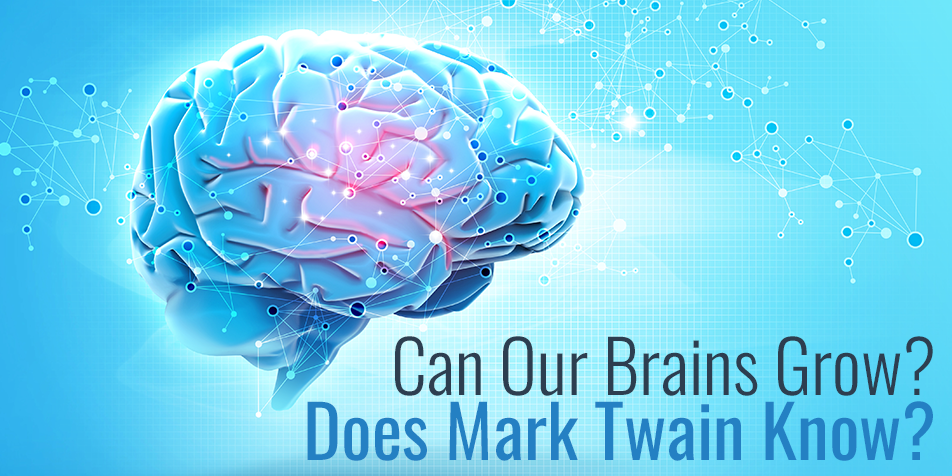 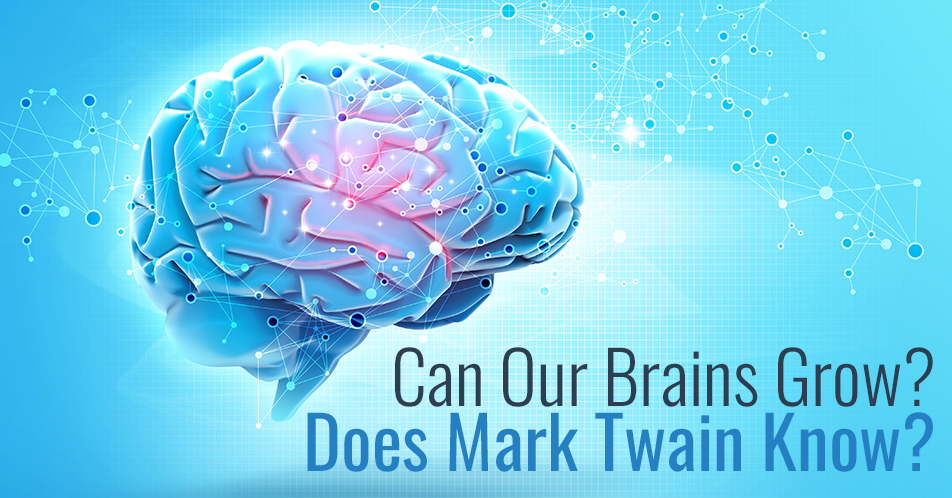 Mark Twain has been attributed the quote, “When I was a boy of 14, my father was so ignorant I could hardly stand to have the old man around. But when I got to be 21, I was astonished at how much the old man had learned in seven years.”

It’s not what Mr. Twain meant, but it has long been questioned whether an adult human brain can “grow” or develop new brain cells (neurons) over time. In 1928, Cajal, the father of modern neuroscience wrote that once brain development ended, the nerve paths were fixed and could not regenerate. This was supported in following decades by clinical observations in conditions like stroke or Alzheimer’s disease in which patients have brain regions die without recovery.

However, in modern times, scientists have questioned whether this was true. Some research has suggested that “neurogenesis”, or the creation of new brain cells, could occur in certain areas in both adult animals and humans. Areas in the temporal lobe, such as the hippocampus, reportedly can make about 700 new cells daily, which may account for learning and memory in adulthood. This finding, however, is based on postmortem and biomarker studies which cannot always be extrapolated to living people. 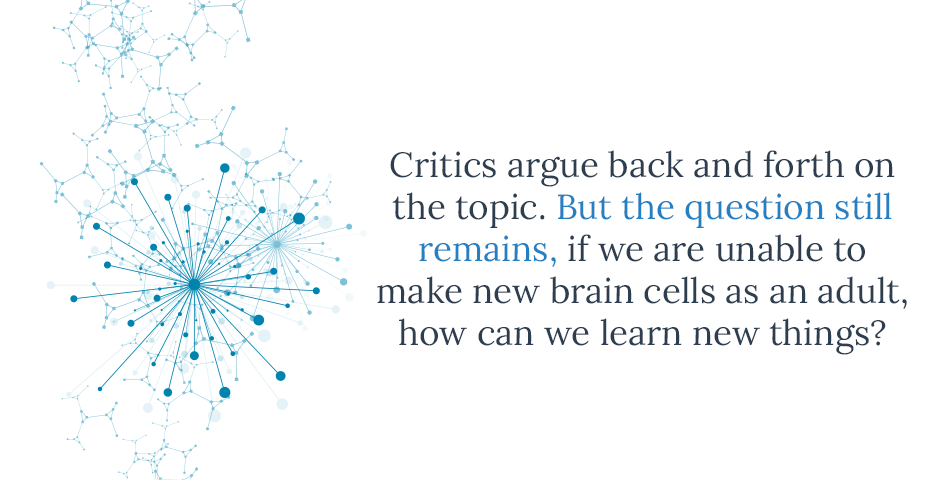 In a new study of the hippocampus and frontal lobe from the University of California at San Francisco, ongoing neurogenesis is not being confirmed even in living brain tissue. As opposed to there being an infinite amount of sprouting nerve cells, there appears to be a very finite amount. By adulthood, nerve regeneration in the hippocampus or olfactory bulb seems to stop.

Critics argue back and forth on the topic. But the question still remains, if we are unable to make new brain cells as an adult, how can we learn new things?

Through a less sarcastic 19th century quote about his parents, maybe Mark Twain predicted this new study’s conclusions. “When I was ten, I thought my parents knew everything. When I became twenty, I was convinced they knew nothing. Then, at thirty, I realized I was right when I was ten.”