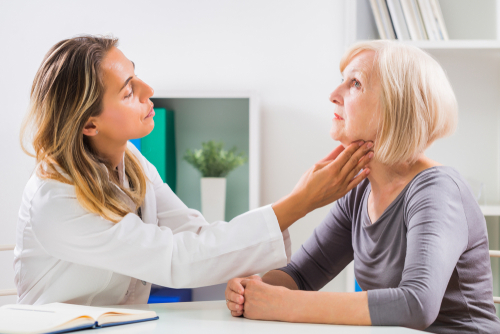 Chiari I malformation is a congenital condition in which part of the brainstem herniates through the base of the skull. Normally the cerebellar tonsils reside inside the skull. For unknown reason in a Chiari I malformation, the cerebellar tonsils hang lower. This can compress other parts of the brainstem and impair flow of cerebrospinal fluid (CSF). In severe cases, a cyst (called a syrinx) can form in the spinal cord.

Various symptoms may arise from a Chiari I malformation. Many people with the condition do not have any symptoms at all. 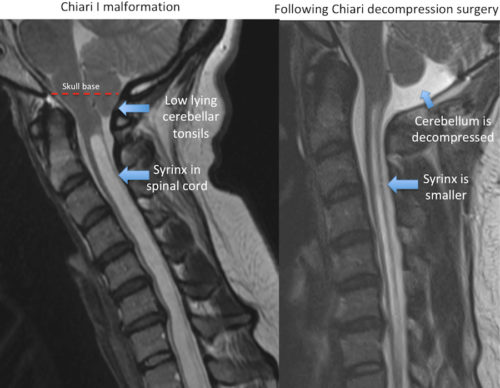 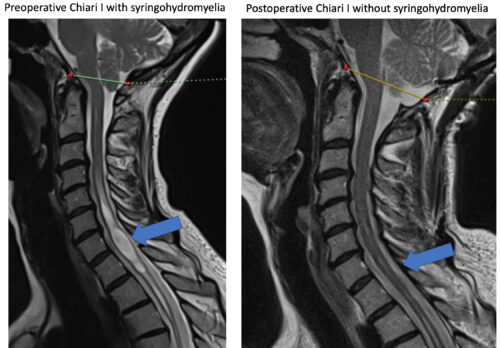 If the CSF flow is impaired, surgery may be an option.

Surgery for symptomatic Chiari I malformation often involves removing part of the base of the skull. This is called a suboccipital decompression or craniectomy. Sometimes, even part of the C1 bone needs to be removed (C1 laminectomy). The covering of the brain, called the dura, may be opened and an artificial graft or patient tissue graft may be sutured to the dura to decompress the cerebellum and allow improved CSF flow. This can improve symptoms in some patients.

At Rocky Mountain Brain & Spine Institute, we perform Chiari I decompressions. Contact us to schedule an appointment with our BOARD CERTIFIED team.