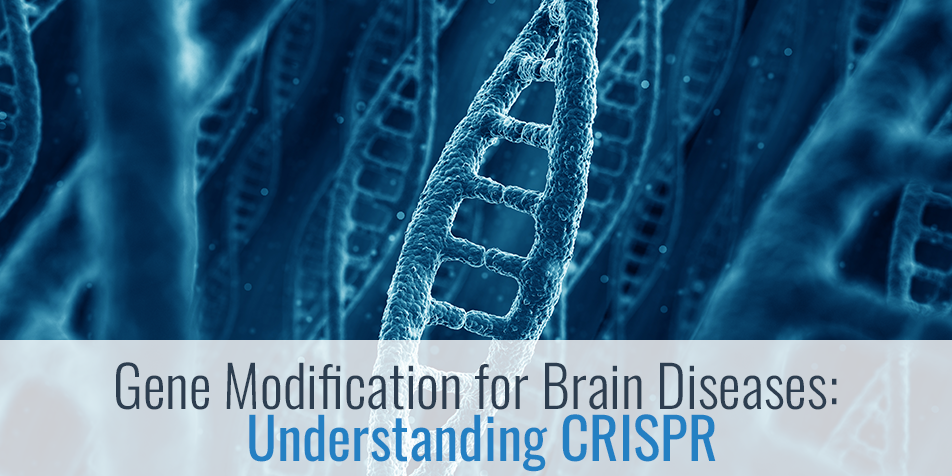 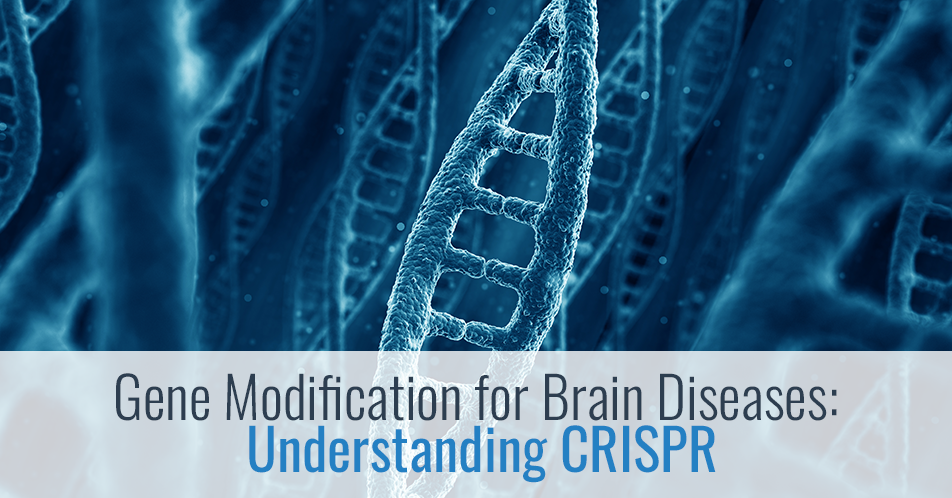 In the 1950s, researchers first discovered that deoxyribonucleic acid (DNA) is the basic building block of our genes. Living structures are simply a bunch of A, T, C and G nucleotides configured in different combinations in a double helix structure. By April 2003, the Human Genome Project completed the sequencing of the first human genome. We now know that our genome is about three billion base pairs. At the time, the Human Genome Project cost about 2.7 billion dollars. Today, you can get your own genome sequenced for about $1,000.

Understanding our genes has taught us a great deal about diseases. For example, a neurodegenerative disorder called Huntington disease is caused by a single-gene abnormality. This is now called the Huntington (HTT) gene. Other neurologic diseases are much more complex and potentially have numerous gene malfunctions/mutations. For example, numerous gene mutations have been found in the deadliest brain cancer, glioblastoma multiforme. Once we know the gene sequence causing a disease, a possibility for genetic treatment exists.

Scientists have now found ways to “edit” our genomes. CRISPR-Cas9 is the hottest topic, and multiple articles are daily being published on it. CRISPR-Cas9 may be the simplest and most versatile method of genetic manipulation and disease cure.

CRISPR, itself, is an acronym for “Clustered Regularly Interspaced Short Palindromic Repeats.”  CRISPRs are specialized repeated stretches of genetic material originally found in E. coli bacteria by Japanese scientists in 1987. At the time, scientists thought these repeated segments were unusual but did not know the significance. Once scientists had the Human Genome Project years later, they had this large genomic database where they could see if CRISPRs were also present in humans. Sure enough, they found similar segments but also found that the DNA between the CRISPRs was from a virus — the same viruses found in bacteria like E. coli. At this point, scientists realized this was a protective system in both bacteria and human genomes to fight viruses. Essentially, these intervening bits of viral DNA in our genomes was like a “wanted” poster or mug shot so that bacteria and human immune cells could recognize and protect themselves from the virus later. If cells saw this viral DNA mug shot again, then the cells could attack and cut out that viral DNA. 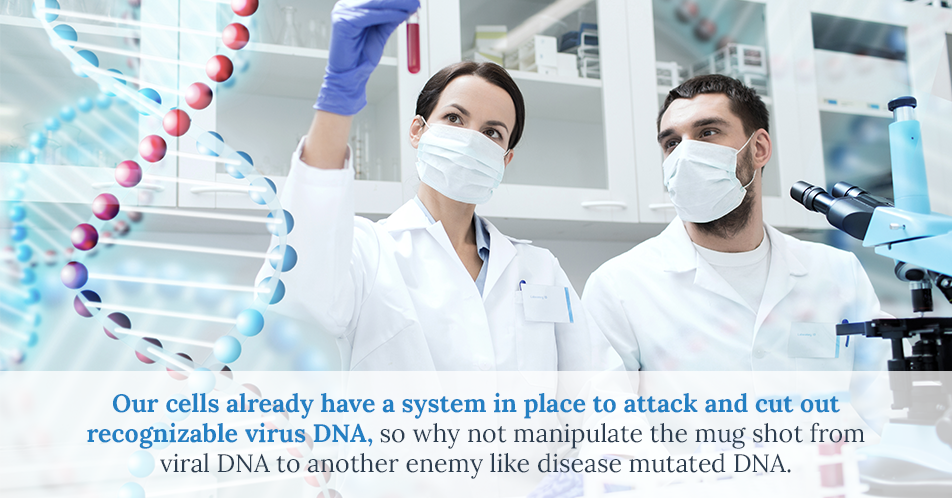 Scientists quickly realized this was a tool that could be exploited. Our cells already have a system in place to attack and cut out recognizable virus DNA, so why not manipulate the mug shot from viral DNA to another enemy like disease mutated DNA. We could genetically modify our cells to attack neurodegenerative diseases or cancer. Genetically modified CRISPRs could be programmed in the laboratory to be similar to the bad DNA, but with the correct nonmutated code. A guide, or genetic GPS, locates the target. The Cas9 enzyme then cuts the bad mutated DNA like scissors at the specific location. The pre-designed correct genetic material is then inserted into the DNA. Simply put, scientists may have the capability to reprogram genetic mutations.

Sounds super easy, right? Not so much. Scientists seemingly can inject animals, but genetically editing human cells has been a challenge. The CRISPRs injected in human embryos for some reason localize the wrong spots and make the wrong cuts. Additionally, newer research suggests that some humans may be “immune” to it. After all, CRISPR comes from bacteria. So if we have already been exposed to CRISPR from certain bacteria, then we’ve already built up immunity and it doesn’t work.

Whether it’s CRISPR-Cas9 or another yet to be developed gene modification tool, scientists may eventually be able to genetically cure several neurodegenerative diseases or brain cancers. This would completely change the game. We now have the potential to repair the bad DNA in a disease cell, as opposed to completely killing the cell (as with chemotherapy/radiation) or treat the symptoms of the disease.

This is extremely powerful technology. Gene modification cannot just treat existing disease, but could prophylactically alter our DNA to prevent disease not even present yet. Even more ethically debatable, we could change genes that are not at all related to disease. Scientists have been already able to genetically alter a pig that has less fat. They theoretically could change intelligence or cosmetic features in an embryo. We could create a “genetically superior” genome. We could invent a creature.

Do you have additional questions about CRISPR? Contact Dr. Adam Smith at Rocky Mountain Brain & Spine Institute to learn more.