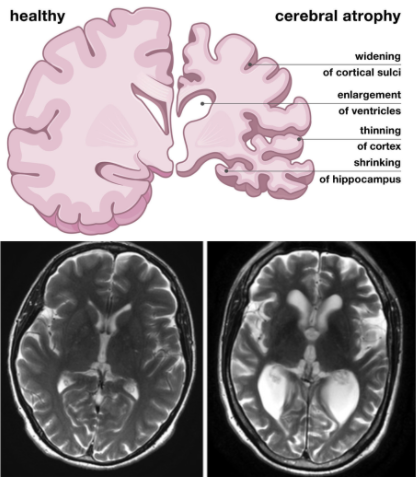 There has been increased discussion in the media of head trauma, following the unexpected death of actor and comedian, Bob Saget. He was only 65 years old.

On January 09, 2022, he apparently hit the back of his head on something and fell asleep. Some have indicated he thought nothing of it, went to sleep, but never woke up.

While official medical examiner records may be sealed, an autopsy report suggested several skull fractures and bleeding “across both sides of his brain”. There may have been fractures around his orbits and posterior skull. He had a bruise on the back of his head, which is medically termed a subgaleal hematoma. He may have suffered bruising under his ears, called “Battle’s sign”. He had discoloration around his eyes, termed “racoon eyes”. The intracranial hemorrhage appears to have been a traumatic subarachnoid hemorrhage and subdural hematoma(s). 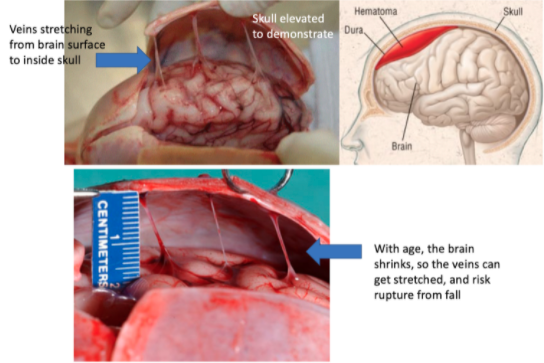 Many experts have commented that Mr. Saget’s described injuries are less representative of an inconsequential fall, and more typical of falling from elevated height or trauma from assault. There may be a bit of misunderstanding of typical ground level falls regarding the severity of the trauma.

By definition, a person over the age of 60 is considered an “older person”. Ground-level falls, meaning falling simply from a standing position, is the most common cause of injury in older adults. Of all body regions injured in a fall, the head is most likely to be associated with mortality.

In head-injury literature, age was not an independent risk factor for head injury after ground-level fall, however those over the age of 69 typically had greater risk of severe injury. Mr. Saget was only 65. Alcohol use was a risk for ground-level head injury, but did not affect the severity of injury. Alcohol not only contributes to imbalance, but intoxication impairs self-protective reflexes, like use of the arms to control a fall, and thus increases the likelihood of injury. Mr. Saget reportedly was not intoxicated. Environmental factors related to the floor are important, such as slipperiness, hardness, slope and obstacles. This does not appear to be a known factor in Mr. Saget’s injury, with the exception he may have fell on a hard bathroom floor. 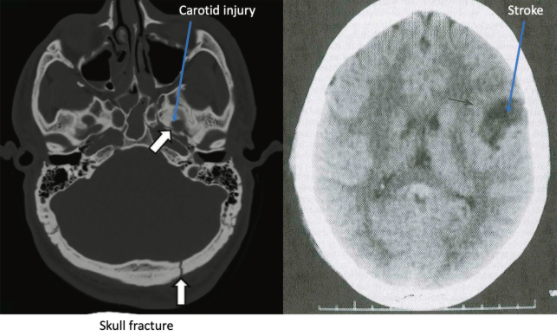 Overall, what we know about Mr. Saget’s fall would not typically predict a severe injury.

However in assessing just the fatal outcome cohort of head injuries, occipital impact, basal skull fractures, and subdural hematomas are fairly common. With such falls, a bridging vein could rupture, leading to the subdural hematoma. A skull base fracture could injure the carotid artery leading to stroke, or a large vein causing a venous hemorrhage.

As we age, our brain shrinks a bit, while our skull stays the same size.

Veins extending from our brain surface to the coverings under the skull can get stretched.  With a fall, these veins may rupture and leak blood, causing a subdural hematoma.  The fairly slow accumulation can press on the brain and cause death.

If the skull fracture injured a large vein, like the superior sagittal sinus, a venous infarct or hemorrhage/ stroke could occur. 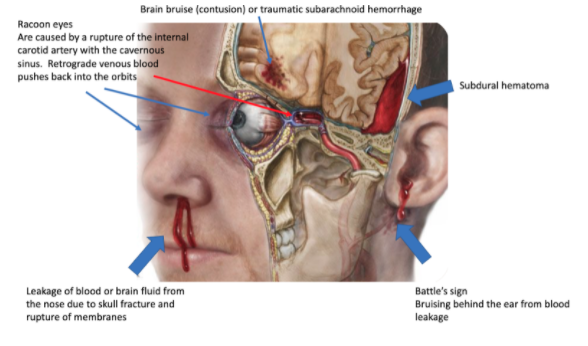 If the carotid artery is injured at the skull base, a stroke could occur.

Various external signs are indicative of skull base injury and severe head trauma.

Another potential factor not considered is an elevated risk of bleeding Mr. Saget may have harbored.  He had a history of drug and alcohol addiction, although was sober in recent years.  However liver malfunction from prior alcohol use could make him coagulopathic.  Liver injury is associated with worse outcome from even minor traumatic brain injury (mTBI).