Is the “Anything But Opioids” Plan Fail-Proof? 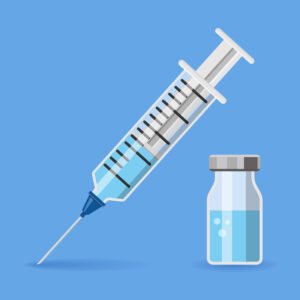 Even before the widespread acceptance of the opioid epidemic, spine pain treatment has tried to focus on non- narcotic strategies.  The American College of Physicians in 2017 published in the Annals of Internal Medicine that since “most patients with acute or subacute back pain improve over time regardless of treatment”, nonsteroidal anti-inflammatory drugs (NSAIDs) are usually recommended if medications are desired.

However it’s often forgotten that NSAIDs have side effects as well, which was recently highlighted in a NHL documentary.  There’s actually great risk in being, “comfortably numb”.

Click here for the NHL documentary TSN Original: The Problem of Pain

Ryan Kesler is a retired NHL forward, playing over 1,000 games between the Canucks and Ducks.  His career was limited by chronic pain.  Just like many professional athletes, Kesler managed much of his joint problems with Toradol, a potent anti-inflammatory.

Toradol (diclofenac) was approved by the FDA in 1989.  But a dose of Toradol is far more powerful than most over-the-counter medications like ibuprofen or naproxen.  Toradol, in intravenous form, is commonly limited to hospitals postoperative pain.  It tends to be used for less than 5 consecutive days.  However oral forms exist.  In February 2020, the FDA approved a topical Toradol cream, called Voltaren Gel, to over-the-counter form.  “Approval of a wider range of nonprescription drugs has the potential to improve public health by increasing the types of drugs consumers can access and use that would otherwise only be available by prescription”. 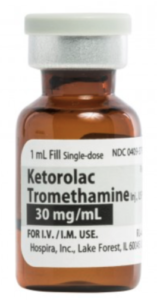 Lawsuits have arisen with Toradol use in the National Football League.  A 2012 settlement highlighted, “the medical literature is deficient in terms of the ethical considerations implicit with the administration of injectable medications in the athletic setting solely for the athlete to return to competition”.  However a survey in 2014 showed that 27 NFL teams noted an average of 26.7 players (more than half the active roster) took at least one dose of Toradol per game.  Football team trainers noted their clubs were at a disadvantage if they weren’t regularly using Toradol.  NFL locker rooms called this, “the T Train”… a bunch of really large guys waiting to pull their pants down to get shot in the butt with Toradol.

The amount of Toradol used in the NHL is cloaked in secrecy. But as in the case of many NFL players, NHLers like Kesler suffered serious complications of the potent NSAID.  For Kesler, he developed colitis, an inflammatory condition of his digestive tract.  This caused him to frequently go to the bathroom, and have blood in his stools.  This affected his stamina in games and it may increase his risk for colon cancer in the future.  For other players, severe renal failure has been reported.  Internal bleeding is a risk especially in contact athletes.

The average person is unlikely to use as much Toradol as a professional athlete.  However even less potent NSAIDs, like ibuprofen or Naproxen, risk serious digestive, kidney and bleeding side effects.  The professional may take large doses in short time periods, but the average degenerative spine patient may take lower doses over years or decades.  This could have similar outcomes.   The problem of pain is not solved with any medication.  While we know the addictive and harmful effects of opioids, we are learning about the addictive and harmful effects of NSAIDs too.