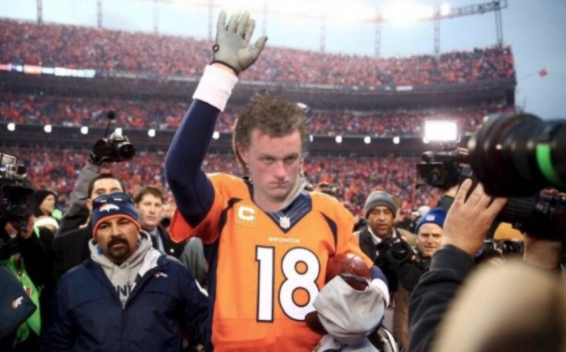 Jack Eichel is the star center, and captain, for the Buffalo Sabres, although his career thus far has been a bit underwhelming. Drafted in 2015, he has never played in the postseason. Since he entered the NHL in 2015-2016, Buffalo has had the lowest regular-season points percentage of any NHL team. Predicted to be the eventual face of the franchise, relations have become even more strained since he missed the final 33 games of the 2021 season due to a herniated cervical disc. It now seems he wants surgery. 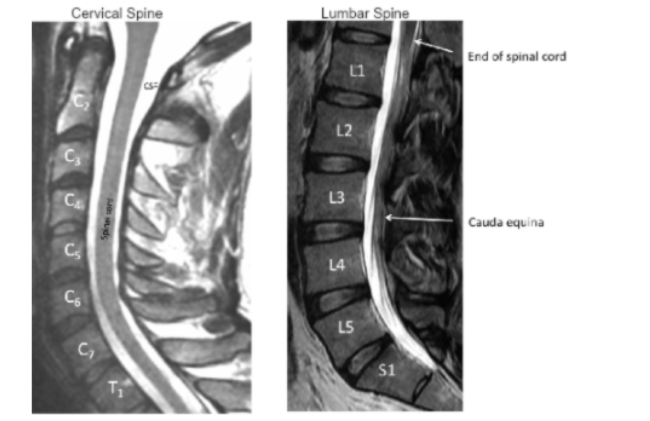 Disc herniations are common in athletes. And due to their superior physiques, about 90% of professionals are able to return to sports at the same level they had before their injury. Good news… 80% do it 9 months post-surgery. Bad news… mean career length post-surgery is about 3.2 years. Another prominent hockey player, Zack Parise of the Minnesota Wild, suffered a lumbar disc herniation in 2016 and underwent discectomy seemingly with great success.

Since the start of his Wild career, he still leads his team in total career goals and points, despite the intervening surgery. However other athletes have not fared immediately as well. Peyton Manning underwent two cervical foraminotomies, prior to an eventually anterior cervical discectomy and fusion. Tiger Woods underwent numerous lumbar microdiscectomy surgeries in 2015, finally culminating in an anterior lumbar fusion in 2017. Everyone used to come to surgeons’ offices asking, “I want that Tiger Woods surgery”, until he needed a 5th spine decompression in 2021 (just prior to his car accident). Tony Romo suffered a herniated lumbar disc, which allowed him to win his 2013 season opener, but now his rehabilitation is apparently taking calls for the Corona hotline. 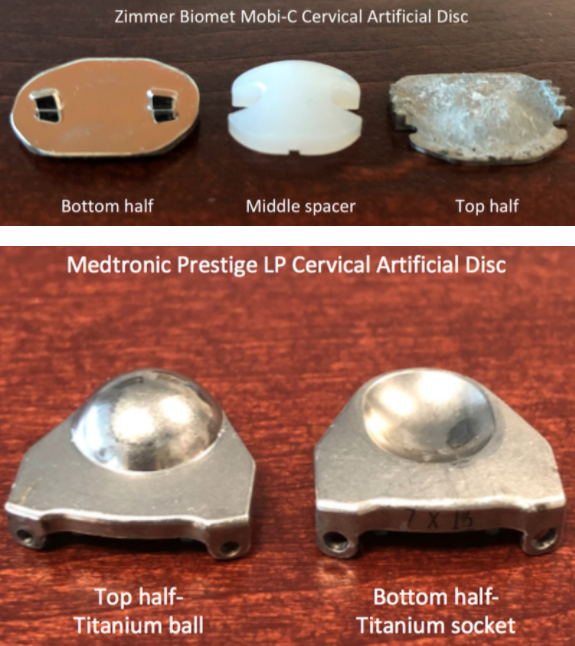 Cervical disc herniations are a bit different from the lumbar spine. While it appears that all-comer patients seem to recover better from cervical than lumbar surgery, the spinal cord limits some cervical patients from undergoing posterior decompressions alone. Surgeons simply cannot retract the spinal cord to the side to remove a herniation from a posterior approach, like can be done to the cauda equina’s floating roots in the lumbar spine.

And in patients undergoing posterior cervical foraminotomy/ discectomy, about 15-20% develop worse neck pain about 6 months after surgery, sometimes resulting in fusion (case in point- Peyton). For single-level disease in young patients with good lordosis, a cervical artificial disc can be an excellent choice. In fact, the Neurosurgery paper of the 2019 year was, “Symptomatic Adjacent Level Disease Requiring surgery: Analysis of 10-year results from a Prospective, Randomized, Clinical Trial Comparing Cervical Disc Arthroplasty to Anterior Cervical Fusion.” It appears fewer patients with artificial disc require surgery for the adjacent level disease, compared to ACDF, and the success rates for symptoms are similar. These patients tend to maintain a better range of motion. Hence Jack Eichel wants an artificial disc… However, we all cannot have everything we want. Even people in the fiery pits of hell want ice water… 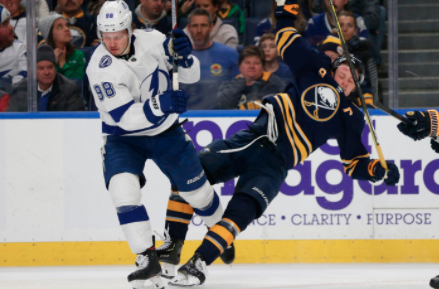 There are numerous cervical artificial discs on the market, but the most common may be the Mobi-C and Prestige LP, as these two are FDA approved for up to two levels.

Neither of these artificial discs is specifically “anchored” into the bone at the time of placement, and therefore the spine’s ligaments and surrounding musculature hold the prosthesis in position until the device fuses to the vertebral body endplates. But even after device incorporation to the bone, the spine segment may not be as stable as the native disc, with either prosthetic slipping out of place with extreme forces or the middle spacer complete displacing from the Mobi-C. 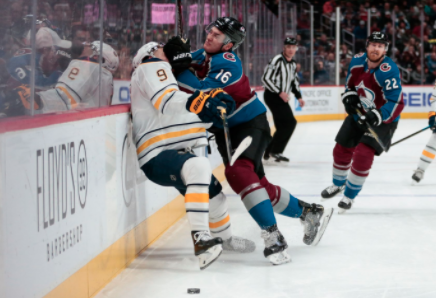 This risk is very low for the average Joe working a desk job. However, hockey is a “collision sport”, and not just a “contact sport”. Newton’s first law suggests that an object in motion will stay in motion unless affected by an unbalanced force. Therefore an open-ice hockey check will force a player, like Jack Eichel, violently across the ice, with his head whiplashed while it catches up to his core body’s speed. Not a great scenario for a motion-preserving prosthetic.

Newton’s third law states that for every action, there is an equal and opposite reaction. So if Jack Eichel is against the rink’s boards, and he’s hit with 20N of applied force, the boards exert another 20N back across that artificial disc. Also not a great scenario for a motion-preserving prosthetic.

There are other artificial discs, like the Prestige ST, which uses screws to anchor into the bone. This may provide additional support for the athlete. However, this professional BMX biker eventually needed a fusion after his ST artificial disc failed. The impact of high-impact off-road biking was just too much.

disc replacement surgery. For this reason, Eichel may be requesting a trade. Eichel has five seasons left on his 8-year, $80 million dollar contract, so this may be a tough sell. While no NHL player has ever suffered a cervical spinal cord injury during a game, no team would want Eichel to be the first from a dislodged artificial disc.