Marijuana… And The Munchies

Well known is the theory that smoking marijuana is associated with the urge to eat junk food…. also known as the “munchies”.  However, researchers have actually scientifically explored the relationship between cannabinoids and eating. 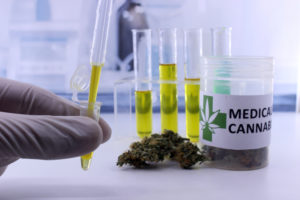 In March 2015, the prestigious scientific journal, Nature, published an article describing the neuroscience behind this topic.  Cannabinoids activate a part of the hypothalamus which affects hunger, called pro-opiomelanocortin neurons.  This POMC pathway is complex and may be connected to more than 100 other brain regions.  Through this pathway, cannabinoids seem to stimulate the eating centers of the brain and increase appetite.

In early 2018, another study was published looking at the relationship between marijuana use and junk food sales.  Retail purchases in legalized marijuana counties and showed that monthly sales of high calorie food increased after legalization.  5% increase for ice cream, 6% increase for cookies, and 6.6% increase for chips.

While we may joke about scientific proof of the “munchies”, recreational marijuana thus far has been legalized in regions known for their outdoor activities with very active residents.  These areas have some of the lowest heart attack and stroke rates in the United States, which could be counteracted by what this new research implies.