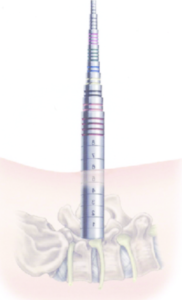 Lumbar minimally invasive surgery (MIS) has been around since the late 1970s.  It was initially used in decompressions alone, in which some bone and tissue pressing on the nerves was removed without adding any screws or rods.  What was interesting about the original reports of lumbar MIS was that the technique was defined by using “microlumbar discectomy instruments”.

In 1994, the tubular retractor system for the lumbar spine was developed.  By sequentially using larger and larger circular dilators up to about 22- 26 millimeters, the muscle was spread between its fibers, without as much damage as the standard “open” approach which rips the muscles off the bone and blood supply.  The tube is placed slightly off the midline, which also preserves more midline bone and ligaments that provide structural support to the levels above and below the surgery. The tube spares the facet joints above and below as well, decreasing the risk of adjacent level problems. 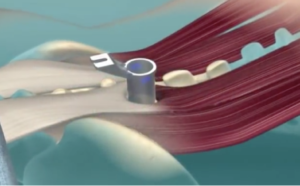 In 2003, MIS fusion (MIS TLIF) was first described using tubular dilators.  MIS fusion involves not just decompressing the nerves, but placing a cage, screws and rods. The advantages of MIS lumbar fusion were immediately clear and the technique became popular.

The biggest early criticism of MIS lumbar fusion, or even MIS lumbar decompression, is that it can be more technically challenging to learn and perform.  Accomplishing the same procedure, which otherwise involves about a 6-8 inch working space in an “open” surgery, through a 22-26 millimeter (~1 inch) tube in MIS is difficult.  Some surgeons have never been trained to work through the small confines of a tube. Much of the literature trying to detract from MIS procedures cited complications from academic centers, in which young resident physicians are just first learning how to operate.  Clearly these complications are low risk after years of experience, like the surgeons have acquired at Rocky Mountain Brain & Spine Institute. 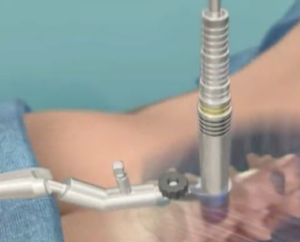 The literature now has unequivocally shown the benefit of “MIS fusion” over “open fusion”, and most spine surgeons concede the advantages of MIS fusion and that it sought out by well-informed patients.  A patient would be hard-pressed to find a spine surgeon anywhere not advertising lumbar MIS.

However the literature has never previously defined exactly what is “MIS”.  It’s only been assumed that MIS fusion involved a small incision of some sort to avoid surrounding tissue damage.  But this ambiguity has allowed some surgeons to advertise nearly anything other than the standard “open” surgery, as “MIS”.  Maybe they just make a 4-inch open incision instead of a 6-inch… they call it “minimally invasive”.  Maybe they make their incision in the belly or side of the abdomen to avoid damaging the back muscles… they call it “minimally invasive”. 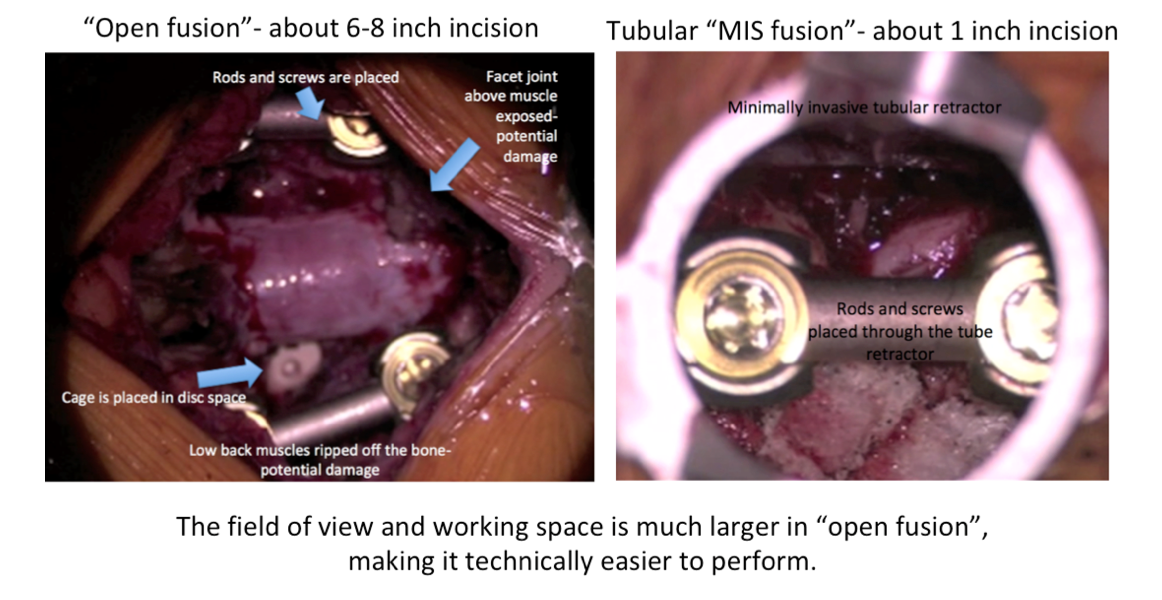 A recent paper was published July 2019 in the Journal of Orthopaedic Surgery and Research.  This paper not only summarized all the research comparing “MIS fusion” to “open fusion” and verified the benefits, but the authors very specifically linked the benefits to “tubular” MIS fusion.  This unambiguously defines the MIS approach achieving the outcomes patients’ desire, and separates “MIS” from mini-open or anterior/ lateral approaches some surgeons are using.

Not all lumbar surgeries can be performed using tubular minimally invasive techniques.

Click here to learn more about minimally invasive surgery for the lumbar spine.