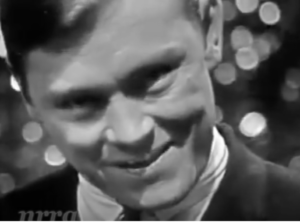 … To Get a Jolt From My Electrodes

“From my laboratory in the castle east,
To the master bedroom where the vampires feast.
The Ghouls all came from their humble abodes,
To get a jolt from my electrodes.”

From October 20th to October 27th, 1962, Bobby Pickett’s, “Monster Mash”, was #1 on the Billboard Hot 100 charts. It’s still one of the most common songs played on Halloween every year. The novelty tune, seemingly synonymous with Halloween, describes a mad scientist awakening his creation. “For my monster from his slab began to rise… And suddenly to my surprise. He did the mash. He did the monster mash…”.

Traditional horror tales combine science fiction with a menacing monster created from a corruption of technology. Frankenstein may be the most notable example. Mary Shelley’s 1818 novel describes mad scientist, Victor Frankenstein, trying to fashion humans out of clay, in the likes of the Greek God Prometheus. In the original description, the unnamed monster (the scientist was named Frankenstein and the monster had no name) came to life using chemistry and alchemy. “I collected the instruments of life around me, that I might infuse a spark of being into the lifeless thing that lay at my feet”. Of note, there is no specific mention of any electrical apparatus being used. The “spark of being” is just a metaphor.

However, it was the 1931 movie that showed the monster with bolts on his neck, serving as actual electrical connectors to create life. From here, electricity literally became the iconic medium in which to create a monster in folklore. Since the early 1800s, though, there was abundant scandalized research claiming electricity could be harnessed from the heavens to bring life and heal the sick. Mary Shelley’s diaries revealed she attended a lecture by Andrew Crosse, a 19th-century pioneer in the study of electricity, in 1814 prior to writing her novel. Crosse constructed copper wires attached to trees that could surge electricity into inanimate materials. He claimed he could revive dead beetles. Another scientist, Professor Giovanni Aldini, at the respected University of Bologna, galvanized the corpse of a freshly executed criminal in 1803. Brought straight from the gallows to the operating theatre of the University, Dr. Aldini applied one of the electrodes to the rectum and caused the corpse to sit upright. Of course, the body never completely reanimated, but the experiment lingered in public memory for decades. 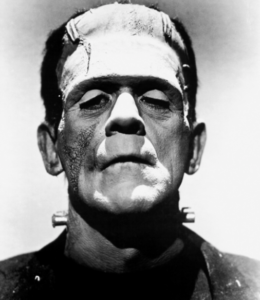 Electricity in biomedical research is stigmatized in horror tales like Frankenstein, and misunderstood by some scientists like Andrew Crosse and possibly Dr. Aldini. It surely makes for great Halloween themes even in 2020. But there is solid scientific basis for bioelectric phenomena, especially in the neurosciences.

Electric stimulation of the brain and spinal cord has deep roots in how neurosurgeons studied the nervous system and performed surgeries. Even today, neurosurgeons electrically stimulate.

It was actually the same Dr. Giovanni Aldini from Bologna who initially stimulated the exposed human brain of decapitated prisoners in 1804 to evoke horrible facial grimaces. By this time he may have been recanting his prior experiments to repair his reputation: “… the experiments I did on the hanged criminal did not aim at reanimating the cadaver, but only to acquire a practical knowledge as to whether galvanism can be used as an auxiliary… of reanimating a man under such circumstances…”. This led to pioneering work by other serious neuroscientists in the 1870s to map the cerebral cortex of animals. Fundamental studies on humans by neurosurgeon Wilder Penfield in the 1930s ensued, which laid the framework for preserving critical areas during brain surgery.

In the early 19th century, galvanized stimulation paved the way for science fiction horror and quack healers. But by the end of the 21st century, many patients will be seeking neurosurgeons, “to get a jolt from my electrodes”, for numerous real conditions. While this may continue to revolutionize neurosurgery and improve outcomes, we cannot guarantee our patients will break out into any “mash” following the procedure…