Most brain aneurysms are thought to be congenital, meaning people are likely born with them. A weak point in the blood vessel wall allows an outpouching which can stay dormant or burst. About 5% of people have an aneurysm, however many are unaware since symptoms may not develop until rupture. Warning signs are often subtle and rare. Most aneurysms are small… about 1/8th inch. Those that rupture tend to be about a ¼ inch in size, so it is thought that aneurysms may grow prior to rupture. 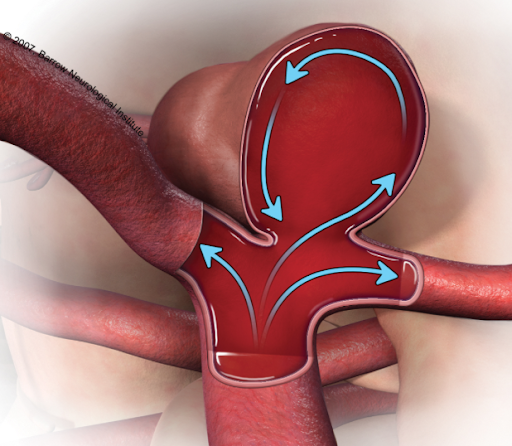 Bleeding from an aneurysm leads to death about 50% of the time. Of those who survive, about 66% suffer some permanent neurologic deficit. Therefore rupture is a big deal which we try to avoid.

If a patient has a family history or incidentally finds an aneurysm, it can be treated upfront or followed to hopefully avoid the significant risk of bleeding. But are there any other ways to “predict” an aneurysm in patients without the risk factors or an existing diagnosis? Is there predictability for aneurysm growth in those previously diagnosed?

A new study has suggested a link between variations in the size of brain arteries and the likelihood of a cerebral aneurysm and growth.

The brain is supplied by four main arteries, and the blood flow is asynchronous. However intrinsic properties of the vessels help maintain continuous and smooth perfusion, minimizing high fluctuations in pressures. 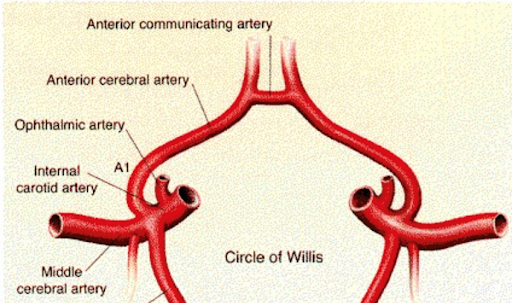 What does this mean?

Aneurysms less than 2-3 millimeters can be missed by common imaging. Even in 2021, the sensitivity is only so good. Therefore in patients with no family history or predisposing risk of aneurysm, yet have asymmetric in their anterior cerebral arteries, a non-visualized aneurysm may be present and could grow in time. This patient may need follow-up surveillance, despite no aneurysm currently being observed.

Overall, symmetrically sized anterior cerebral artery segments seem to be crucial to regulating the flow of overall brain circulation. Symmetry dampens the peak cerebral blood pressure and reduces the incidence of aneurysm growth. So if you have similar-appearing arteries in one spot, your likelihood of having an aneurysm (or have the aneurysm grow) is low. If you have a wonky artery, there may be a hidden aneurysm that could use surveillance.