Taylor Swift’s first verse lyrics in “Shake It Off” read:

I’ll be the first to say that I’m not a Taylor Swift fan and I don’t expect her to reappear in any future RMBSI blogs.  I apologize for even this cameo.  However her 2014 song is a semi-smooth segue into some new stroke research.

According to the CDC, ischemic strokes represent 87% of all strokes.  They occur when a blood vessel in the brain becomes blocked.  If an ischemic stroke is diagnosed within 3 hours of symptom presentation, assuming there’s no contraindications, an intravenous tissue plasminogen activator (tPA) can be given.  tPA is a powerful thrombolytic agent that can break up the clot, hopefully restoring blood flow to the brain prior to permanent tissue death and significant symptoms.  Patients with stroke in remote regions of the country may receive tPA while being transported by helicopter to a specialized stroke center.  An interesting question is whether helicopter flights versus ground transport via ambulance have any effect on stroke patient outcomes. 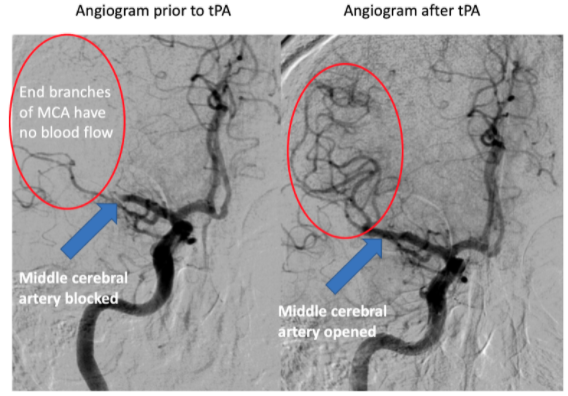 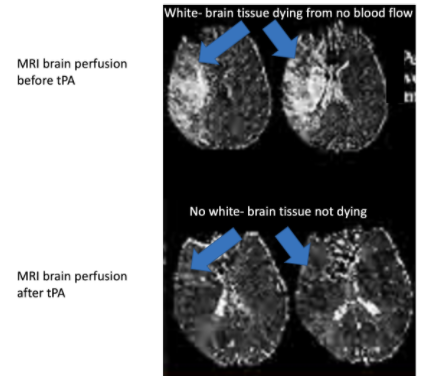 In a recent study performed on mice, the animals were first given a stroke, then intravenous tPA was infused within 90 minutes in three different scenarios. 1) Helicopter flight, 2) Motion stimulator similar to a helicopter, and 3) Ground transport in an ambulance. 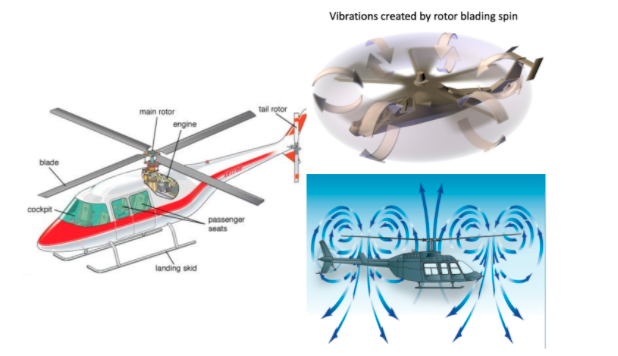 Mice in the actual helicopter did not show a difference in their eventual stroke (volume of dead brain tissue on MRI) compared to the ambulance group, although achieved a statistically insignificant improvement in function (better eventual neurologic performance). However mice in the motion simulator had significantly smaller strokes compared to the ambulance group, and a significantly better functional outcome.

The rodent study seems to suggest that brain vibration following tPA infusion could halve the stroke volume and triple the chance of good neurological outcome, compared to being still, or shakeless. Low frequency vibrations may accelerate brain reperfusion and facilitate clot erosion with tPA exposure. The exact mechanism of this is unclear.

Surprisingly, the same outcome was not achieved in an actual helicopter flight as was observed in the vibration simulator. The authors propose that the energy delivered would be the same, with the exception of a lower mean vibration magnitude per frequency in the 20-30 hertz range. In a true helicopter flight, depending on the speed of the aircraft, the rotor blades spin at different frequencies and vibration transmitted to the passengers vary. This was attempted to be recreated with the simulator, however the simulator unintentionally induced more vibration when simulator’s rotor blades spun at 20-30 hertz (frequency). It is difficult to understand why the tPA stroke outcome could solely be explained by a change in vibration just at that particular rotor spin, but this was the only apparent difference. Other possibilities could be a temperature difference of the drug during helicopter flight, or barometric changes leading to diminished brain oxygenation at helicopter altitudes.

Future research in tPA treatment of ischemic stroke is needed to see if improved outcomes are replicated when patients, “shake it off”, to get the clot out of their brain. I mean… I wouldn’t trust Taylor Swift on anything else, but she sure seemed to play Nostradamus on this one.