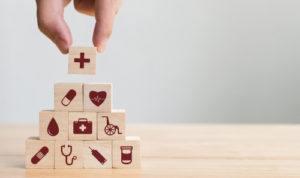 There is no question that America has a healthcare crisis. At the recent political debates, we have heard versions of Medicare-for-all plans.

Some candidates have possibly discussed keeping private/ commercial insurance in addition to a Medicare-for-all plan. However, if the government will be paying for all health care as described and at no cost, there simply would be no need for separate private coverage. What would any other insurance cover?

Medicare-for-all would likely cost roughly $28-32 trillion dollars over a decade. While the richest 1% of Americans own 35% of the nation’s wealth, the IRS would only get ~$616 billion even if they taxed 100% of income over $1million. Simply put, most Medicare-for-all proponents are only advertising a 70% tax on the rich, while even a 100% tax on the rich still wouldn’t come close to covering the cost (let alone addressing the rest of our debt). And would the ultra wealthy stay in America under a 70% tax rate?  They could move to Great Britain, France or China where the top income tax rate is 45%.  They could retire?

Some candidates have discussed a “wealth tax”.  It is true that certain CEO’s of major corporations pay very little in income taxes.  Both Mark Zuckerberg (Facebook) and Jeff Bezos (Amazon) pay themselves very little income, but compensate themselves in lucrative stock options.  Jeff Bezos, for example, is worth about $114 billion, but only pays himself about $100,000 per year, thereby avoiding significant income tax. A “wealth tax” would charge someone like Bezos 3% per year on the value of everything he owns.  However, even if a 3% “wealth tax” was instituted, it would only create about $3.2 trillion over ten years, coming nowhere near the ~$30 trillion needed for Medicare-for-all. Of course “wealth taxes” have been tried before in Europe without success.  One problem is that, using the Bezos example, charging Bezos 3% would cost him about $3.42 billion in cash per year. Who has billions of dollars in liquid cash? Where is he or the rest of the ultra wealthy going to get that kind of money? Should he liquidate his Amazon stock, which would not only lower his yearly taxable wealth but then financially bankrupt America’s largest corporations?  And most billionaires/ trillionaires are older, so while they may be worth billions or trillions on paper, they often have no steady cash income or assets at all to pay this tax.

In this week’s blog, I would refer to this July 2019 article in the Atlantic.

We definitely need to fix America’s healthcare crisis. However, this will not simply be solved with Medicare-for-all. Health care only accounts for about 10% of health outcomes. The other 90% is individual behavior (40%), genetics (30%), and social/ environmental factors (20%). Most of what makes us healthy or ill doesn’t happen in a hospital or doctor’s office and is not covered by insurance.

Since the passage of the Affordable Care Act, more Americans than ever are covered by health insurance, yet the American life expectancy has still been falling.