This is Your Brain on Drugs 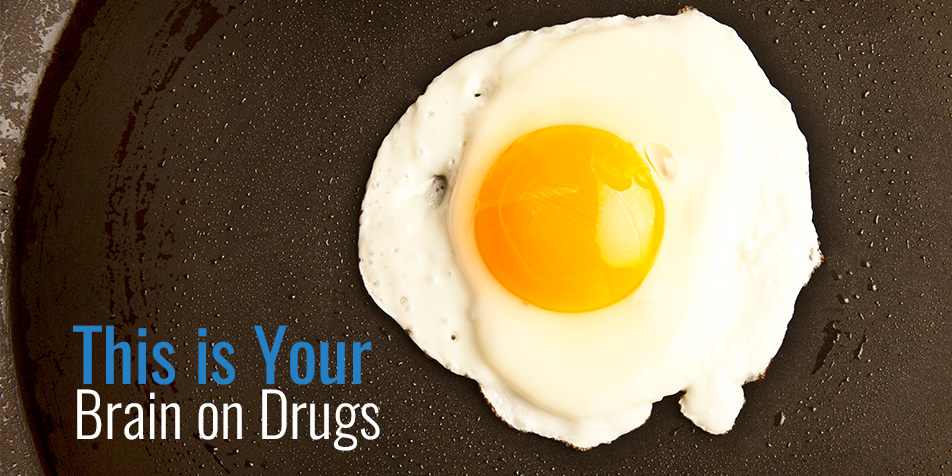 The D.A.R.E. program, Drug Abuse Resistance Education, was started by the LA Police Department Chief of Police, Daryl Gates, in the early 1980’s. It blossomed from a tiny local program to a massive national campaign practicing in 75 percent of American schools. The message was simple, “Just Say No.” Unfortunately, at its peak, D.A.R.E was also massively expensive costing millions of dollars to run ($200 million in 1995). The educational program’s operating revenue declined from $10 million in 2002 to $3.7 million in 2010. It then plunged into debt. A pivotal and questionable study in 1994 suggested that D.A.R.E had little to no measurable effect on drug use. In 2001, the Surgeon General echoed this sentiment. In 2003, the Government Accountability Office (federal watchdog on tax spending) claimed no long-term benefit. By 2011, the replacement program “keepin’ it REAL” emerged. It’s developers even claimed it’s “not an anti-drug program,” but it teaches users “things like being honest and safe and responsible.” Out the door went the message, don’t do drugs. 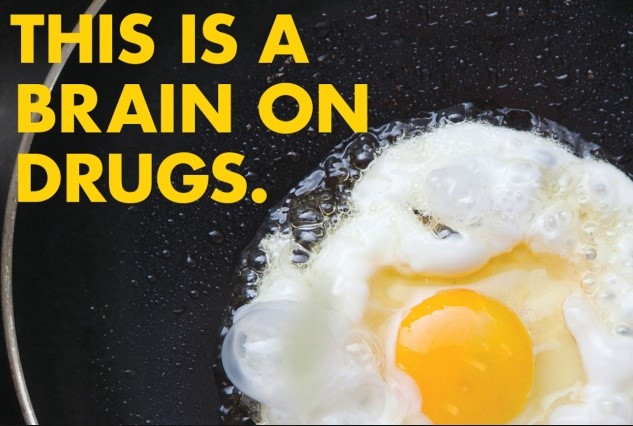 Whereas drug resistance programs once were taught in schools across America, legalized cannabis sales in Colorado now actually fund schools. Marijuana excise taxes were used for the first time in 2013-2014 in Colorado. In that year, more than $3 million went to school construction projects. Nearly $24 million was used in 2014-2015. By 2015-2016, $80 million in marijuana tax revenue was used for Colorado schools.

Our media and government aren’t supporting drug or marijuana use in adolescents…yet. It’s truly surprising how much support marijuana use has received from unlikely candidates. Being a neurosurgeon at Rocky Mountain Brain & Spine Institute, I was shocked to hear a fellow neurosurgeon and CNN correspondent, Sanjay Gupta, MD, do a “180” on cannabis.

Dr. Gupta, MD, which to my knowledge has no formal training on cannabis and substance abuse, now declares, “I’m intrigued by the neuro-protective study….” He insinuates marijuana does not have a high risk of abuse while quoting a nine to ten percent rate. So, what does research really show about cannabis use and our brains? 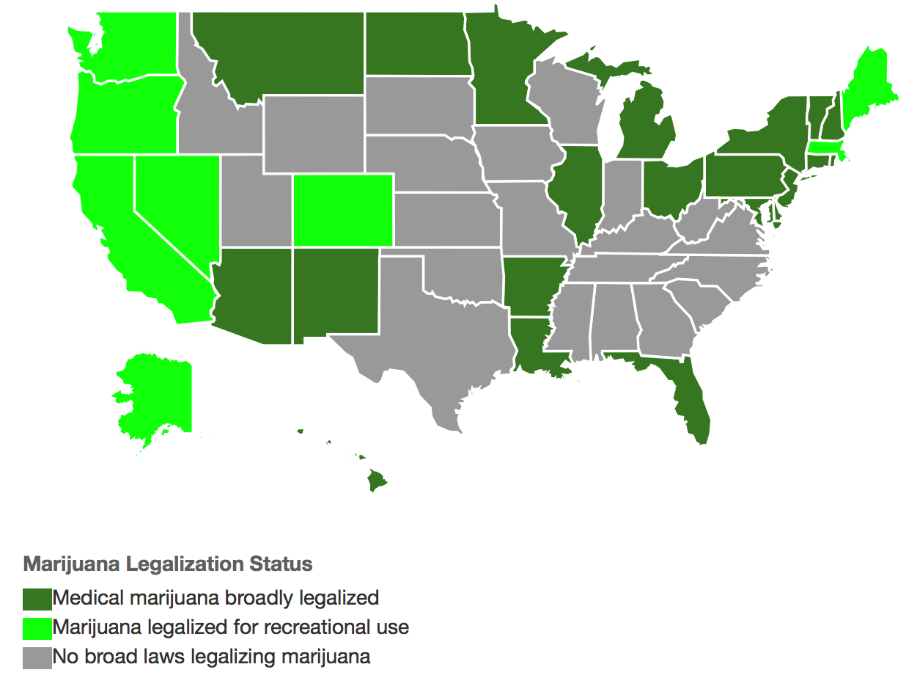 Adolescence is a period of continued neuromaturation, and neural consequences of marijuana use have not been well established. However, a growing body of research has been performed in adults. Adults chronically using marijuana have demonstrated poorer performance on tests of learning and memory, attention, visuospatial skills, processing speed and executive functions. As cannabinoid metabolites remain detectable in urine for an average 27 days, it hypothetically continues to affect neural functioning. There is conflicting evidence whether heavy cannabis users continued to show cognitive deficits after a 28-day monitored abstinence period.

Electrophysiological evidence suggests EEG “alpha hyperfrontality” with acute and long-term marijuana use. This is unique to substances but has been found in schizophrenia.

Functional MRI imaging shows that within 6-36 hours of marijuana use, patients have increased memory activation and additional activity in brain areas not seen in non-users. After one week of abstinence, only some of these changes normalize. These functional MRI studies suggest an increased neural effort and use of alternative brain strategies for marijuana users to perform basic tasks. Even though these users may lack a performance decrement, their functional brain changes persist. 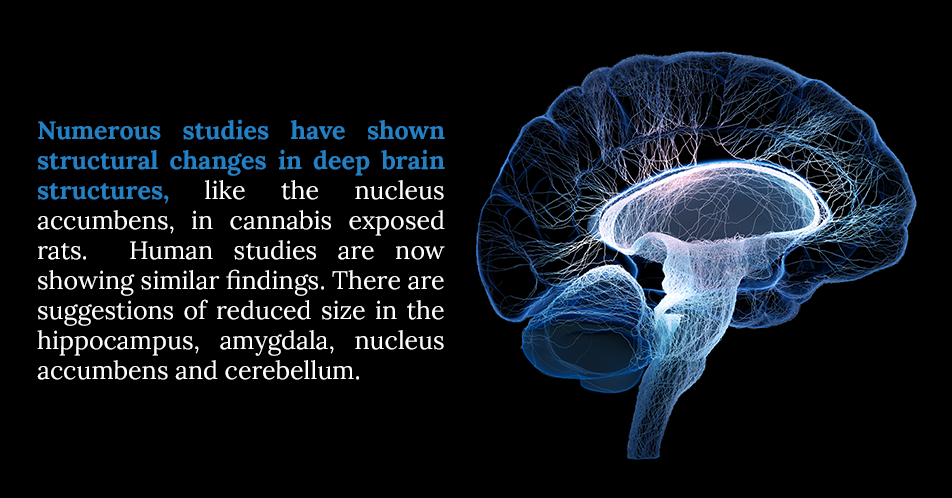 Numerous studies have shown structural changes in deep brain structures, like the nucleus accumbens, in cannabis exposed rats.  Human studies are now showing similar findings. There are suggestions of reduced size in the hippocampus, amygdala, nucleus accumbens and cerebellum. Many of these size reductions are exposure dependent. Additionally, not only does the volume of these brain structures diminish, but the morphology (or shape) changes too. The significance of a shape change is unknown but probably is not good. Shape changes are more commonly discussed in the psychiatric and addiction literature. For example, deep brain structure shape alterations have been reported in schizophrenia, obsessive-compulsive disorder, Parkinson’s disease, and Tourette’s syndrome.

A few newer studies are showing even more concerning findings. Structural MRIs may be indicating changes in the prefrontal, orbitofrontal, insular, temporal, occipital and parietal cortex of marijuana using adolescents. The previously mentioned deep brain grey matter areas and white matter areas are what we call associated areas. They simply modify the signals from more important brain areas, such as the cortex. Deep brain structures are also present in animals less complex than humans. What makes humans so sophisticated is the superficial layer of our brain called the cortex. Changes in cortical thickness could imply far greater brain dysfunction from cannabis use. And studies following 28 days of monitored abstinence indicate these structural cortical changes persist.

Overall, the brain areas affected have been found to have cannabinoid type 1 receptors. It appears that THC could accumulate in neurons (brain cells) and with chronic exposure become neurotoxic. This then could cause broader brain signaling changes leading to a more global effect on the brain.

In contrast, some studies suggest a slight neuroprotective power of CBD. However, it should be noted that cannabis plants typically used for drug production have high levels of THC (17-20 percent) and low levels of CBD.

Many people claim that marijuana is not addictive. This probably is not true. Recent data tells us that approximately 30 percent of cannabis users may have some degree of “marijuana use disorder.” This disorder is associated with dependence in which a user feels withdrawal symptoms when not taking the drug. Users report irritability, mood and sleep difficulties, decreased appetite, cravings and physical discomfort that peak about seven days after quitting and last up to about 14 days. This is no different than any other withdrawal from any other drug addiction.

Cannabis addiction can further be supported by the functional and structural changes described in the above sections. Cannabinoid receptors are found adjacent to dopamine receptors in the reward areas of the brain. These are the centers of addiction in the limbic system.

Cannabis use in the United States is widespread. Its economic contribution to society appears to overwhelm the deleterious evidence in the literature. Cannabis sales now fund the schools that previously condemned it.

Cannabis likely causes clinical neurocognitive changes, functional imaging changes, and structural changes in the brain. These changes may last even after the substance is eliminated from the body. Its addictive potential is emerging. Simply put, there’s a lot that we still don’t know about weed. However, it’s baffling how a drug like this could coast beneath the radar when we are having such widespread concern over other addictive and mind-altering substances like opioids right now in America.

Want to learn more about how marijuana use can affect your brain? Call us today at Rocky Mountain Brain & Spine Institute to get started.