Will Dr. Google Give Me Good Medical Advice 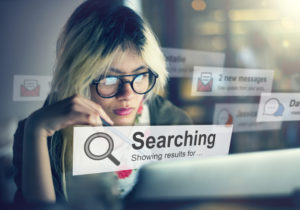 When Steve Jobs was diagnosed with pancreatic cancer in 2003, he did what most patients do… he approached his treatment based on the evidence available to him. In Jobs’ case, he resisted his family’s urging and forwent conventional treatment to pursue alternative therapies for the first nine months after diagnosis. He eventually sought surgery, but it was too late. Unfortunately for Steve Jobs, he had an especially aggressive form of pancreatic cancer. We cannot speculate if turning to traditional treatment sooner would have offered a better outcome, however, Jobs’ biographer indicated he eventually regretted his decision to delay.

An estimated 40-70% of people pursue alternative medicine for cancer treatment. Unfortunately, most of these therapies are poorly understood. Many patients think that alternative therapies are “natural” and therefore inherently devoid of risk. However, this assumption is not always correct. Much of the time, little to no scientific research is performed on alternative therapies, so the benefit or harm simply has not been explored. This is especially concerning because cancer patients, in particular, often desperately seek any hopeful treatment since the prognosis is otherwise so grim. 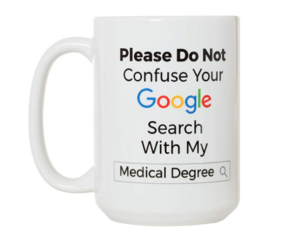 So where does one most commonly learn about alternative treatment? “Dr. Google” on the internet.

Most patients, even outside the realm of cancer treatment, seek medical advice from Dr. Google. While legitimate scientific and evidence-based research can be found on the internet, absolutely anything can be posted. There is no regulation over the medical advice a social medical newsfeed may offer.

Both Lancet-Oncology and JAMA Oncology, both prestigious medical journals, have written articles on unproven cancer therapy.

“Unfortunately, disinformation and- frankly- lies are propagated widely and with the same magnitude as verified evidence due to the ease with which social media, ubiquitous online new platforms, and disreputable marketing exercises can populate information channels…”

Highlighting Dr. Google’s irresponsible commercialization of alternative therapy is not meant to criticize patients using such treatment. It is any patient’s prerogative to treat their disease as they wish. It is true, especially in the case of brain cancer, that a complete cure may not be possible. It is true that surgery, chemotherapy or radiation all can be grueling treatments that some people do not wish to endure.

A 26-year-old Chinese actress wrote in 2016 regarding her lymphoma treatment,

“I’m not sure if traditional Chinese medicine will cure me, but I know that chemotherapy will be painful and I may die sooner. So regardless of how long I can live for, I want to enjoy every day and live it to the fullest.”

However, at least in the form of brain cancer, traditional therapy is objectively improving survival. Glioblastoma is a malignant brain tumor. Average survival with maximum therapy is about 1 year. For certain genetic mutations, average survival can be over 2 years. However legitimate evidence-based research has indicated a new therapy, called Optune, an improved 5- year survival to about 13%. Optune therapy involves the patient wearing a cap of electrodes that deliver “tumor treating fields”.

Optune therapy is described on the internet, however, it is primarily broadcast to the medical community in peer-reviewed journals, like JAMA. As opposed to indiscriminate Dr. Google, the peer-review process mandates many different experts to preview and verify results prior to publication. This checks and balances process is a good way to avoid the spread of medical misinformation.