How Much Would You Intentionally Alter Your Body To Fit In?

Dye your hair… get a piercing… get a tattoo? 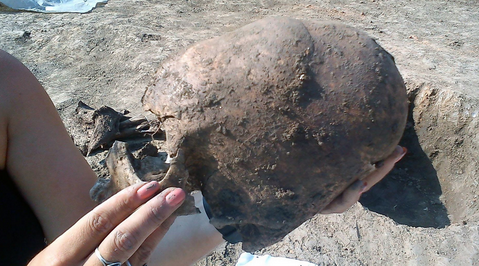 A recent article published in Plos ONE, August 2019, describes 3 different adolescent male skeletons found in Croatia from the Great Migration Period.  What is most interesting is that one is thought to be from West Eurasia, one from East Asia, and one Near Eastern.

Artificial cranial deformation (ACD) was a practice of deliberately and permanently shaping the skull to achieve a certain identity.  This practice dates back to the Late Paleolithic period. Unlike other known body modification techniques, like circumcision, ACD seemingly was not associated with a “rite of passage”, but purely a symbol of social identify to foster intra-group solidarity. 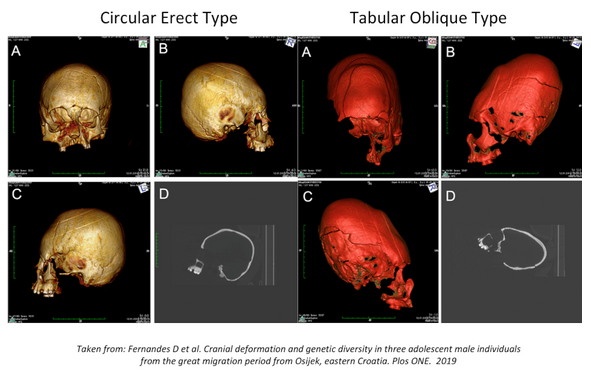 When we are born, our skulls must be “flexible” to pass through the birth canal.  During infancy, our brain is still growing and therefore our skulls need to expand to accommodate the brain changes.  As such, an infant’s skull bones are malleable and the different skull bones have not yet fused together. This is why babies have noticeable soft spots, or fontanelles.  Normally around the age of 2, the different skull bones grow together along “cranial suture” lines. (If you palpate your head hard enough, you may be able to feel your own coronal suture through your skin… This is not phrenology, but the palpable coronal suture is actually a landmark neurosurgeons may use in performing certain surgical procedures.)

ACD takes advantage of this process, because constant external pressure on the skull can achieve a “desired shape” by forcing growth across a particular axis.  Some modern parents may be well aware of this, because babies, who’ve slept in the same “back to sleep” position, night after night for a prolonged period, may develop a flat posterior head shape… the true “flat-bed-head” in the age of Sudden Infant Death Syndrome (SIDS).  If you think your mom and dad were strict rearers, Paleolithic parents may have used boards, bags of clay or customized headdresses, to achieve the desired shape of their tribe. It would allow one 5th century Hun to say to another, “Hey, your noggin looks a little goofy… just like mine… you must be from my neighborhood…”  And yes, the enclosed brain in the deformed cranium alters its shape as well. 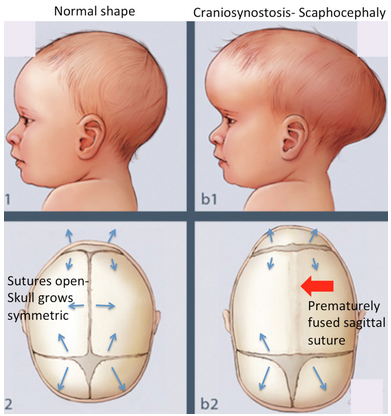 In modern times, neurosurgeons still externally apply pressure on infant’s skulls who suffer from a condition called craniosynostosis.  This is a birth defect in which one or more of the cranial bones prematurely fuse, so the infant’s skull does not grow symmetrically, but instead in a misshapen form.  If not corrected, craniosynostosis can create pressure on the brain and lead to damage, so in certain circumstances, pediatric neurosurgeons surgically re-open the fused sutures.  The baby may then need to wear a specialized helmet to help reshape.

In conclusion, we all do certain things in life to fit in with our peers.  Luckily ACD was mostly abandoned in the 20th century.  Today, we more simply identify with others like us by our accents, common phrases, the clothes we wear, maybe a handshake, or simply by just talking to each other.  However, just like in the case of these three skeletons found in Croatia, we may start in demonstrably different social groups, but later integrate and live well together.