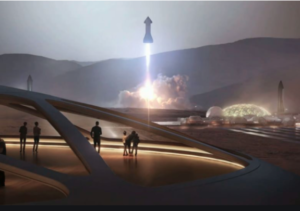 Just this weekend, a SpaceX capsule returned four astronauts to earth, for the first manned space flight return in darkness since 1968. The astronauts had been at the International Space Station since November. It’s another mark in the resurgence of space flight, and potential travel to Mars, since the end of the space shuttle program in 2011.

The proximate reason the space shuttle program ended was the Columbia accident in February 2003 when it disintegrated on re-entry, killing the seven members on board. This was the second fatal accident since the Challenger in 1986. For unclear reason, prior to the Columbia accident, our government may not have really appreciated the danger of space travel. Unfortunately, the risks really were due to budget cutbacks and compromises made through the 1970s. Lest we forget, the Challenger debacle was predictable, as many scientists warned NASA of the O-ring’s fallibility at low temperatures, which occurred in 100% of the launch tests at less than 50 degrees Fahrenheit.

But money was probably the real reason for halting the NASA program. It turns out that the return trip is most expensive. Robin Williams once had a bit in the 1980’s about the two most expensive US government programs being Medicare and NASA. Robins proposed if we manned the shuttles with the elderly for a one-way flight, that would kill two birds with one stone… literally.

And that’s where SpaceX fits in. NASA’s flat budget can get a shuttle to the International Space Station and that’s about it. However the private company, SpaceX under Elon Musk, can get rockets to space and back for refurbishment, which saves money and makes it “economical”. Only about 1/3rd of NASA’s budget goes to its science division. NASA spends tens of billions of dollars per year on hundreds of major projects, while SpaceX spends millions on just a few. Sometimes the government finds it easier to outsource, and therefore NASA now funds much of SpaceX’s projects.

SpaceX is currently working on a rocket to fly to Mars. Also this last week, Elon Musk, wittingly chuckled during an advertisement to investors, “Honestly, a bunch of people will probably die in the beginning”, but followed that it will also be, “a glorious adventure and it will be an amazing experience”. Musk predicts he will have humans on Mars by 2026. 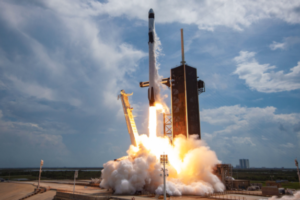 Getting to Mars won’t be like driving down the street to the Kwik-E-Mart for a gallon of milk. Mars’ and Earth’s orbits are not perfectly circular, so the round- trip would vary around 21 months. It would take about 9 months just to get to Mars, and the trip has to begin when Earth and Mars are properly lined up, which only happens every 26 months. (That’s right, there would only be one launch window every 26 months). But in time between take-off and arrival, Mars would have moved about 3/8th of its orbit around the sun, so you can’t exactly just head right back home. To return, you’d need to wait again for Earth and Mars to be lined up, which will mean you’d have to spend another 3-4 months on Mars before returning over another 9 months. All-in-all, that’s about 21-22 months. I’d pack another pair of underwear… just to be safe for this little excursion. 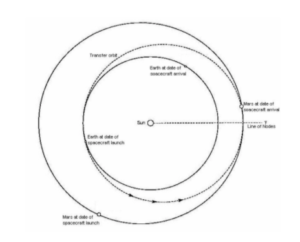 There are physiological consequences to being weightless for nearly 2 years. Already well documented is muscle atrophy, since at zero-gravity our muscles don’t hold us upright and manipulated objects don’t have any counter force. Ensuingly, lack of gravity also makes our bones become brittle. On earth, walking around applies pressure to our bones that keeps them strong. Therefore during this prolonged voyage, the question arises if astronauts will be able to carry out duties when their bodies are weaker.

We also are aware of neurologic consequences from space travel.

Intracranial pressure
Pressure inside the skull, called intracranial pressure (ICP), increases in outer space. Due to loss of gravity, fluids pool in the brain and CO2 accumulates due to confined cabin environments. Elevated CO2 increases blood flow to the brain. Headaches are common in even short interval space travel. However over 21 to 22 months, elevated ICP really could become an issue. It may be suggested that any travelers to Mars undergo pre-flight imaging of the brain to rule out unknown tumors or even aneurysms that could be exacerbated by elevated intracranial pressure.

Head trauma
On earth, head injuries are not uncommon in motor vehicle accidents. While there have been no documented cases of head or spine trauma in space, it could be very possible. Even though objects may be weightless, they still have mass and could induce injury. In the shuttle, astronauts typically do not wear protective head gear. Yet as we’ve all likely seen in real video footage, or movies, even small objects floating amongst crew members could cause serious injury. A drifting pen hovering at eye level could be penetrable. Of course out of the vessel, various objects in outer space could be disastrous even with a helmet. Micrometeorites or other objects from the spacecraft/ planetary surface could cause catastrophic head injury.

Spine injury
In prior RMBSI blogs, we’ve discussed risk factors for spinal disc herniations. One we’ve not yet discussed is zero-gravity. It turns out that the likelihood of a cervical or lumbar herniated disc is 4.3 times higher following space travel. In the lumbar spine, the unloading of the spine in micro-gravitational conditions actually causes the disc height to enlarge and the disc to hyper-hydrate. In-flight observations have literally shown astronauts’ height and spines increase in length. Yet the discs also lose their glycosaminoglycan content which promotes degeneration. The elongation of the spine increases tension on spinal ligaments, which causes back pain for astronauts. The strong spinal support muscles, like the multifidus and erector spinae, atrophy from disuse. All of these things taken together result in more disc herniations.

Just as other bones become brittle, the spinal bones weaken and could fracture. But due to microgravity, bone healing is impaired. Therefore spinal fracture during spaceflight may be very difficult to treat and become incapacitating.

Brain tissue changes
Space radiation exposure is unique from radiation exposure on earth, since there are galactic cosmic rays and solar particle events, without a stratospheric ozone layer to help protect. SPF 100 nor a good pair of Ray-Bans will even dent the tan you’re gonna get… This radiation exposure during extended missions will cause structure changes in our brain tissue, promoting cognitive change. The risk of cancers will dramatically increase. There will be premature aging and dementia. Changes to our cerebral blood vessels could cause strokes or micro-aneurysms. Even just short-term exposure to ionizing radiation causes fatigue, depression and cognitive changes in cancer treatment here on earth.

So with all of these nervous system and spine risks, what could be done if significant neurologic pathology occurs on SpaceX or at our isolated Mars getaway? Well unlike a Sandals resort, with a plan and resources, it will be a bit more complicated on the 4th planet from the sun. Human surgery has not been achieved in space or zero-gravity. There would be the standard risks, but additional ones as well.

First of all, your surgeon, if one is on your particular flight, may have impaired coordination and manual dexterity due to microgravity’s effect on their inner ear. It’s not that he has a little hand tremor, he has neurovestibular disruption.

But even if your surgeon can steady that intergalactic shake, he/she would have trouble restraining you, as the patient, and passing instruments with their assistant. Additionally, there’s likely a risk of the brain or nerves eviscerating out the skull or spine during the surgery. After the craniotomy, your brain may pull a good old fashioned Lazarus. During simulated micro-gravitational experiments on animals, the bowel spontaneously herniates out the wound. We don’t know at this point if the same thing would happen to neural structures. There may be bleeding problems, with a tendency for blood to stream off the surface. This won’t just make bleeding difficult to control, but blood could contaminate everything. Minimally invasive and endoscopic procedures may help limit all these risks.

However performing any procedure would necessitate that appropriate medical supplies would be available. And that’s in addition to all the other water, food, etc… needed. Altogether, it is estimated that for a crew of six, you would need about 3 million pounds of supplies for a trip to Mars. Considering a shuttle can lift about 50,000 pounds into space, it would take 60 shuttle launches to get all those supplies out there. Considering in the history of space travel there have only been between 90- 100 launches, with less than 10 per year, it will take at least 6 years to get all the supplies to space. Therefore if you’re on Elon Musk’s short list for SpaceX, you may want to suspend your application for a bit…

But given the chance, I’d be happy to be a neurosurgeon on Mars. I’ll have to wait a few years for my family to get older though, since Elton John told me, “Mars ain’t the kind of place to raise your kids”