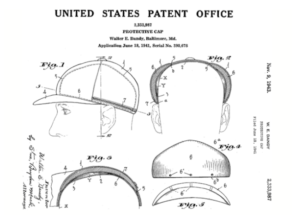 Baseball is now underway and a full 162 game season is planned.  Already, 2021 has achieved statistical notoriety.  It was actually associated with last season, but 2021 was the first time in sixty years the Hall of Fame did not induct a new group of electees due to coronavirus.  In this current season, though, we already have a couple doozies.  Victor Caratini was the first in MLB history to catch consecutive no-hitters for different clubs (Cubs- September 13, 2020 and Padres- April 9, 2021).  And of course this was the first ever no-hitter in Padres franchise history.  White Sox rookie Yermin Mercedes went 8 for his first 8 at-bats, marking the most consecutive hits to begin a season… he is a rookie.

Besides these and other potential personal player accolades this season, 2021 welcomes in MLB’s new baseball.  MLB owns Rawlings, who produces baseballs… “In an effort to center the ball with the specification range for COR and CCOR, Rawlings produced a number of baseballs from late 2019 through early 2020 that loosened the tension of the first wool winding

This change has two effects.  Reducing the weight by less than 1/10th of an ounce, decreases the “bounciness”.  But it also deadens the ball with the intention of limiting home runs.  (Over the last 6 years, there has been a surge in home runs, and it hasn’t been since 1968 when MLB lowered the mound from 15 to 10 inches that such a home run suppressor has been introduced.)  This flattening of the ball changes the complete pitching strategy.  The baseball now may travel one to two feet shorter when hit more than 365 feet, so pitchers may challenge hitters more with less concern for the ball entering play.  They won’t walk as many players, and they won’t need to brush hitters off the plate.

(We won’t go into this now, but more teams are also encouraged to use humidors with 50% humidity at 70 degrees Fahrenheit.  This maintains more water content in the ball than if it were stored in the dugout, so “mushier” balls have slower exit velocities). We’ve previously published a blog on “beanball”, with Cleveland’s Ray Chapman being the only MLB player to die from a head hit.  In that article we discussed how hit-by-pitch head injuries were an impetus for banning spitballs, but also frequent ball changes throughout each game.

However “beanball” also inspired the advent of the batting helmet.  In the 1940s, despite rule changes and penalties, pitchers would still intentionally throw at batters in intimidation.  It was 2nd baseman Jackie Hayes of the Chicago White Sox, a frequent beaning target, to first wear a batting helmet during a MLB game. In 1941, the National League mandated experimentation with helmets.  The Brooklyn Dodgers GM, Larry MacPhail, partnered with Johns Hopkins orthopedist, Dr. George Bennett, MD, in designs.  They quickly realized that a thorough understanding of the skull, brain and biomechanics of traumatic brain injury were crucial, and who better to bridge this gap than a neurosurgeon.

Who was Johns Hopkins neurosurgery chairman?  Walter Dandy.  Who served as the captain of the Johns Hopkins baseball team earlier in his training?  Walter Dandy.During his residency at Hopkins under Harvey Cushing, Dandy once wrote to his parents, “Don’t you know I have been thinking how valuable it has been to me to have played baseball… It has made me quite adept with my hands and I can really operate very skillfully when given a chance”

Against Cushing’s wishes, Dandy played baseball three times a week when not on the wards. Then in his attendingship, on summer days when there were no operative cases, Walter Dandy would invite his residents to Oriole Park to watch a game.  His chief residents got a beer and two hamburgers, while the interns got a Coke and one hot dog… the hierarchy of neurosurgery residency never ends at the hospital doors… Dandy also had early professional experience with “beanball”, reportedly treating a patient with an arachnoid cyst, struck in the head in 1912.  Therefore he was excited to be commissioned by MLB in the 1940s to help create a better helmet.

Dandy’s “protective cap” was unique in that plastic plates were inserted in either side of the player’s fabric hat.  This was innovative in that previous helmets interfered with lines of sight and were visible… one major barrier to helmet adoption was the perception that wearing a safety device signaled cowardice.  Dandy’s design dispersed energy across the entire head, as opposed to being absorbed in a localized area. 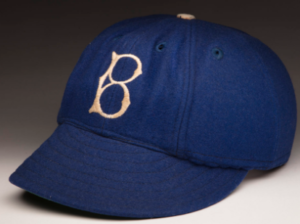 Brooklyn’s GM mandated all the Dodgers wear the helmet.  Its benefit was instantly realized when rookie Pete Reiser was hit April 1941, but only suffered a mild concussion.  His treating physician noted, “He’s a very lucky man because he certainly would have had a fractured skull if it weren’t for the helmet which absorbed part of the shock”.  Dandy’s helmet was dubbed, “The biggest thing that has happened to the game since night baseball”.  In his eventual obituary, The New York Times acknowledge this sentiment in writing he both, “devised many methods of operating”, but was also the “co-designer of baseball helmet”.

It wasn’t until 1952 when the new fiberglass and polyester resin helmet was developed by the Pirates, providing full cranial coverage. In 1958, head protection became mandatory for batters in both the National and American Leagues.  The incidence of TBI declined dramatically.  Unfortunately, even in 2021 though, head injuries and concussions sustained in MLB are still due to beaning, making it one of the leading mechanisms of injury in the league.

In 2020, Rawlings released its Mach model helmet, replacing the S100 Pro comp which prevailed since 2013.  The Mach EXT, includes the extension over the hitter’s jaw, becoming more prevalent by those previously hit in/near the face.  Most characterize neurosurgeons as a lab coat antithesis to the prototypical athlete or sportaholic.  However Walter Dandy’s contribution to the baseball helmet exemplifies the influence of neurosurgery, as a small but versatile subspecialty, in the greater scope of societal normalcy.