What Do You Get When You Play a Country Song Backwards?

However when country musician Drake White started singing his song wrong and stumbled on stage last week, it wasn’t a joke at all… it was a symptom of his brain arteriovenous malformation (AVM).

This past January, Mr. White started having a headache, following by vision trouble and numbness. He went to the emergency room and was diagnosed with an AVM. 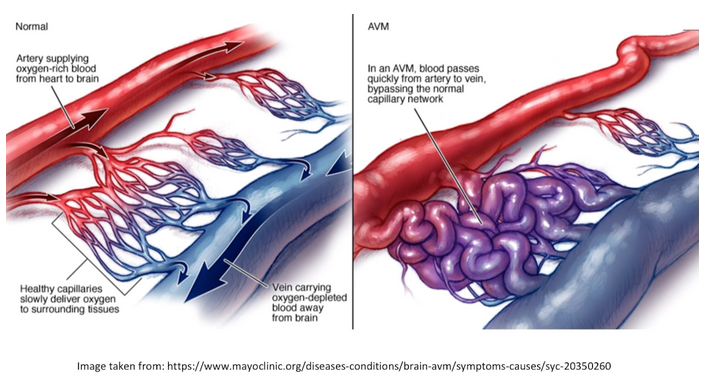 An AVM is an abnormal collection of arteries and veins, which are thought to form during development before birth. Usually, an artery brings blood to the brain and then a vein brings the blood back to the heart. Something called a capillary lies between the artery and vein, regulating the release of oxygen and nutrients. In an AVM, many arteries seem to abnormally connect to the veins, which can “steal” blood flow from surrounding brain regions, irritate the surrounding brain tissue, or even bleed. Seizure, weakness, sensory loss, incoordination, headaches, vision/ language problems, are all possible signs of an AVM.

An AVM can be found on a CT scan, MRI scan, or a specialized test called an angiogram.

Often patients are asymptomatic and the AVM is incidentally found. However about 50% of AVMs can present as a brain bleed, and this could lead to significant neurologic symptoms or death.

An AVM is not a tumor. However treatment may be recommended.

Open surgery can be performed to remove some AVMs. However other AVMs are too large, too deep in the brain, involve important blood vessels, or too close to important areas to surgically resect. In these cases, multi-modal treatment may be needed. A catheter may be inserted through an artery in the groin to be directed to the brain, in a procedure called an angiogram. A substance may then be injected into the AVM to slowly block its blood flow, which effectually obliterates the AVM. This is called embolization. Focal radiation may also sometimes be an option, in which the ionizing particles close the AVM’s arteries. 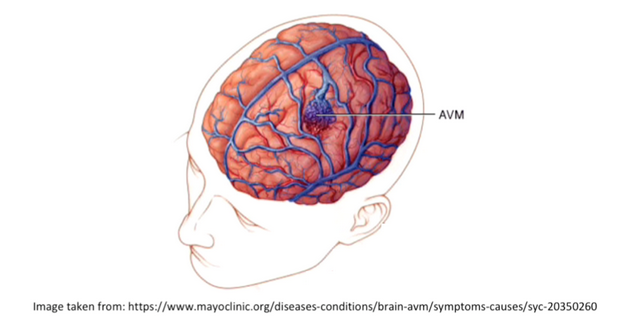 It is not uncommon for AVM embolization to be staged over multiple procedures to slowly block off the AVM in a safe manner. This seems to be Mr. White’s case, as he has already reportedly undergone multiple embolizations. Some of the arteries in the AVM still supply blood flow to normal areas of the brain, so the little branches need to be slowly “picked off” over multiple sessions to prevent strokes. Unfortunately, this stepwise approach can slightly alter the blood flow to the surrounding brain, causing brain irritation and symptoms in the midst of treatment. This may have been what caused Mr. White to have some neurologic problems during his recent concert.

Thankfully, it appears Mr. White is now doing well and he reports his AVM may be completely obliterated soon. His surgeons are personifying his billboard hit, “Makin’ Me Look Good Again”.

For Mr. White, playing his country song wrong may have been a lucky warning sign from his AVM.